As the Zika virus, also known as Zika or ZIKV, and its effects have been a main topic in the news during the summer of 2016, many wonder how this disease may affect them. However, this disease has not been studied for a long period of time and there are still some unknowns regarding its effects on humans. According to Lupton (2016), the disease is transmitted through mosquito bites from the aedes aegypti mosquito, but the exact number of days for the incubation of ZIKV is inconclusive. Based on various sources, the incubation period may range anywhere from 3 to 12 days. Also, the disease is asymptomatic in a majority of cases as “approximately 1 in 5 people infected with ZIKV show symptoms, these include acute onset fever, maculopapular rash, arthralgia, conjunctivitis, headache and eye pain” (Lupton, 2016, p. 200). Lupton (2016) also stated that the countries that currently have the largest number of cases of ZIKV also have cases of chikungunya and dengue fever, which can look similar to the symptoms of ZIKV. As a result, it is important to “conduct laboratory testing to avoid a misdiagnosis” (p. 201) as using non-steroidal anti-inflammatory drugs to relieve the symptoms can cause hemorrhaging, especially if dengue is the condition one has. It is important to note that Lupton (2016) also stated that women at any stage of pregnancy should avoid travelling to countries affected with ZIKV as this may increase the possibility of giving birth to babies with neonatal abnormalities should they become infected. This article supports many of the claims of the video clips on the Zika virus, such as how it is transmitted, the symptoms, and the fact that women at any stage of pregnancy, not just the third trimester, should be careful about travelling to the affected countries. None of the media clips spoke about Zika being possibly mistaken for another disease and that testing should be done to rule those out.

The research conducted by Marques Salge, Corrêa Castral, Cordeiro de Sousa, Godoi Souza, Minamisava, & Brunini de Souza (2016), stated that “only 18% of human infections with the Zika virus result in clinical manifestations. Among them, the most common are maculopapular rash, low fever, arthralgia, myalgia, and headache” (p. 9). When pregnancy is accompanied by a rash it may be a sign that microcephaly will manifest in the newborn, although this is not in all cases and a rash does not indicate the Zika virus. The transmission of the disease, aside from a bite from the aedes aegypti mosquito, may also occur sexually or other body fluids such as saliva and urine. Marques Salgue et al (2016) also stated that to date, no other conditions in utero is associated with the Zika virus other than microcephaly. However, microcephaly and Zika only have an association, it is not conclusive that this virus causes microcephaly in newborns when the mother is infected. This article also speaks about the same topics such as the clinical manifestation of the disease and how it is transmitted. The media clips I chose were conclusive in saying that Zika caused microcephaly, but this article states that there is an association of the virus with microcephaly, but it is not conclusive that this is the cause.

In Sutton and Hudson’s (2016) article, they stated that the Zika Virus (ZIKV) is associated with congenital birth defects and infection is caused by the aedes mosquito. The World Health Organization (WHO) has been following up on ZIKV and its spread into 46 countries and territories. The signs and symptoms associated are “low grade fever, swelling in joints of the hands and feet, a transient rash that spreads from the face to the body, conjunctivitis resembling pink eye, including general symptoms such as myalgia, and head- aches” (Sutton & Hudson, 2016, p. 36). In an effort to prevent contracting this disease, people are advised to have protected sex, apply “insect repellents containing DEET, wear clothes that cover ex- posed skin, stay in screened areas and sleep under mosquito nets” (Sutton & Hudson, 2016, p.38). Based on the video clips, one may not know that Zika has been monitored since 2007 by the WHO and viewers may think that this is a fairly new disease. Nevertheless, it is in agreement with the clips that mosquitoes and sex are the most common ways that this disease is transmitted.

Below are video clips that discuss the Zika virus, how it manifests itself and how to prevent it.

Over the recent years just about every area in the country has been affected by the recent increase in overdoses related to opiate and heroin addiction. Through research there has been discovered that there is a common relationship between opiate and heroin abuse.  It was found that the abuse of nonmedical prescription opioid abuse typically leads to the transition to heroin. It was found that “the incidence of heroin uses among people who reported prior nonmedical use of prescription opioids was 19 times as high as the incidence among persons who reported no previous nonmedical use” (Comptom, 2016). There are several reasons that contribute to why a person would switch from opioids to heroin. One is that there was an increase in polices at the federal and state level that are aimed at eliminating inappropriate prescribing of opioid medication and implementing prescription drug monitoring programs, taking enforcement and regulatory actions to address outrageous prescribing and eliminating the “pill mills”(Compton, 2016). With new policies in place that make it difficult for a person to doctor shop, the person will then switch to heroin because it more available. It is also believed that when manufactures of the prescription OxyContin started using a formula that deters abuse, making the drug not as potent to the people who abuse it, they then switch to heroin (Compton, 2016). The most prominent reason why people switch from abusing opioid pain medication to heroin is the recent increase in availability of heroin, the increased purity and the decrease in price. The reasons have fueled the increase in abuse, and overdose rates in the country. 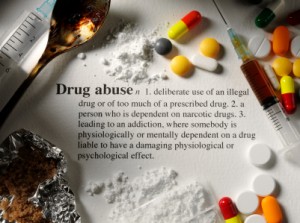 The reason why so many people make the switch from opiates to heroin is because heroin is more available then prescriptions and once a person starts to detox it can be too much to handle. Here is a video explaining the process of withdrawal.

The best way to help your loved ones is to educate on the dangers of addiction.

Talk to your children and loved ones about the dangers of abusing pain medications and drugs. There is an increase in the abuse of heroin due to the fact that it is cheaper than pain medication. Most people who start abusing heroin started with pain medication.

Instead of leaving unused opiate prescription medication around the house, you can bring your used medications to be safely disposed of to your local police station.

Other signs of opiate abuse include:

Withdrawal symptoms can mimic flu symptoms and include:

Where to get help

If you think a loved one is addicted to opiates it is important to talk with them and try and get them to get help. It is important to have Narcan (Naloxone) available in the house in case there is an overdose. You can now have your local pharmacist prescribe you with Narcan and teach you on how to use it (Benson, 2016).

A person needs professional help when detoxing from opiates or heroin there are many detox centers around the country that use medications that help decrease the physical symptoms of detox, they include

Suboxone – Suboxone is an opiod agonist-antagonist that is commonly used for heroin abuse because it consists of 2 drugs. One (buprenorphine) which mimics the effects of heroin and two (naloxone) helps reduce the chance of overdose.

Methadone – Methadone or buprenorphine are opiod agonists. They have the same effects as heroin, but to a smaller, safer degree.

Naloxone – Naloxone is an opiod antagonist which blocks the effects of heroin. It is generally used for heroin overdose.

National Hotlines for help with addiction

Death from opioid overdose in the United Stated has greatly increased in the past 20 years. Focus on addiction has changed from imprisonment to treatment. Changing the focus and increasing the availability of Naloxone, a drug used to reverse the effects of an overdose, to EMTs, law enforcement, families and friends of addicts has greatly decreased the risk of death from overdose. These deaths have opened up the discussion of pharmacies providing Naloxone without a prescription and more insurance coverage to maintain the cost-effectiveness of programs. Multiple programs, both local and federal, have been started to provide lower rates for treatment and Naloxone use to decrease deaths.

Overdose is the leading cause of accidental deaths in the United States. In 2014 47,055 deaths were reported. 18,893 of those deaths were due to prescription painkillers and 10,574 were due to heroin overdose (ASAM, 2016). Many of these deaths could be prevented if Naloxone was available to family and friends.

Some questions about Naloxone:

How does Naloxone work? How is it given?

When a person overdoses they stop breathing. Naloxone is most effective when used with CPR. If the first dose of Naloxone doesn’t work another can be given with no adverse effects. (Engleman, n.d.). Basically Naloxone works to reverse an overdose. It is a drug that has been designed to block the opioid from entering into the brain and reversing the effect of the drug. It can be given as a nasal spray, or as a shot. The nasal spray works within 3-4 minutes and the shot works within 2-3 minutes. The effects of Naloxone can last 60-90 minutes which is usually plenty of time for EMTs to arrive. Naloxone is also more effective if the person who overdosed is given CPR. (Engleman, 2016)

I understand why EMTs have it, but why police, family and friends? What kind of training is needed/provided?

It is important for families and friends to be provided with Naloxone because they are usually the first to find the person who overdosed. The same goes to police, often they are the first to arrive at the scene, before the ambulance arrives. Training for safe use of Naloxone in Rhode Island is provided by the Naloxone Overdose Prevention and Education Program of Rhode Island (NOPE-RI) (Engleman, n.d.). The nasal spray is easiest to use, it is placed into a nostril and sprayed. The shot requires more training but it is injected into a large muscle, usually the thigh or the upper arm.

What happens after they go to the hospital?

Many addicts go to treatment after the hospital. There have also been local programs set up to decrease deaths from overdose. In Gloucester Massachusetts a program called the Angel Program was developed as a way for addicts to come and get into treatment faster. Treatment is expensive and insurance doesn’t always cover it. (Mankiewitcz, 2016).

Engleman, A., (n.d) Naloxone and overdose